When asked this question, I have heard several answers like prototypes are link from one object to another object or it brings inheritance and so on. But in order to visualize something, we need to give a shape to it. So the right answer is prototype is an object.

Oh! are you saying that prototype is just an object? Yes it is. It is an object which JavaScript engine has given a special meaning. Assume, God has given you two buckets. Whatever you put in one bucket needs to be consumed before you die. Whatever you put in second bucket will be inherited by your children. Now in JavaScript world, the two buckets are just two objects. The second bucket's name is prototype. So if you see a bucket kept in a house with label prototype, it means the contents are kept for getting inherited. God in story is the JavaScript engine and it decides the meaning and purpose of prototype object.

We have seen both and most of us are confused. We dont know if both are same or something different. The correct answer is Function.prototype and __proto__ are different. Some people try to argue that both of them point to same object, so they are same and so on. I do not agree with that. It is like saying donkey and horse are same because both of them have many common properties.

Every function in JavaScript is an object. prototype is a property in every functions. Below we have a simple function that does nothing.

After executing above line, go to console and type f.. We can see a set of properties and methods for f. One property will be prototype. 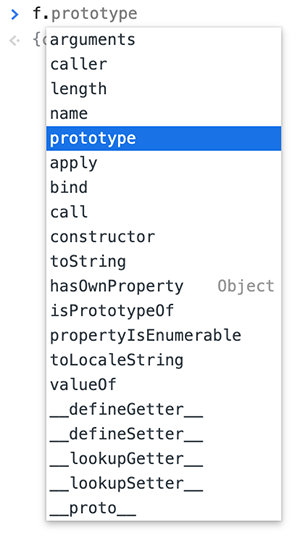 For a normal function, this property does not have an importance. But when a function is used as a constructor function, then this prototype property has the main role.

Any object in JavaScript has a property called __proto__. This property holds reference to the object's parent. You can visualize __proto__ object as the stairway to parent object.

We don't have to manually create __proto__ property. It is automatically created by JavaScript to have the link to the object parent.

If every object has __proto__, let us create a very simple object literal.

Run the above code and go to browser console. There type obj. to see the list of properties and methods in obj. 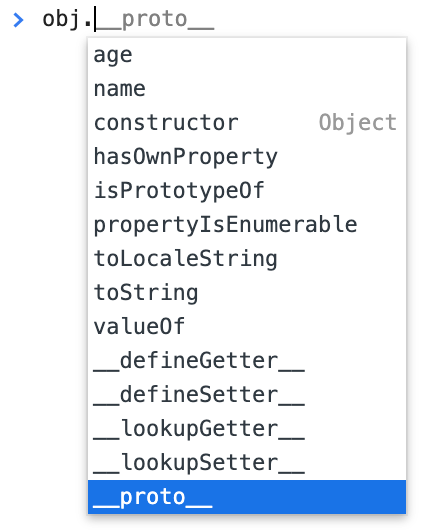 Now print the value of obj.__proto__ in console. 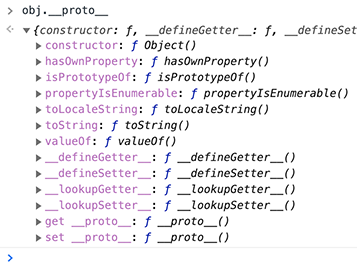 Now you saw the value of obj.__proto__. It is an object containing different methods like constructor(), toString() and so on. If you recollect what we discussed above, this object is the parent object of obj. Oh!, in that case, what is this parent object? from where it came? who assigned it?

Even if you are new to JavaScript, I am going to tell few things. Just believe it. When we create a new object literal like obj, it is actually an instance of Object() constructor function. This Object() function is native code or in other terms inbuilt in JavaScript. So we can see obj as an object which is a result of an operation something like below.